Tell me something that is not digital, yet. From reading books or assignments to buying food or even medicines, everything is right there at your doorstep within a few clicks.Along with privileges, the digital world has also brought forth the risk of identity theft. Skilled cybercriminals won’t take more than a few minutes to steal our sensitive data online such as credit card details, phone numbers, address and passwords. That is when the role of blockchain comes into play.

Blockchain is often described as a digital ledger preserved in a distributed network. This technology lets your online information to be distributed, but not copied. Thus, the associated computer nodes and blockchain participants verify the transactions without involving a centralised authority.

Your transactions or other digital details will become a part of the ledger forever, and fraudsters will not be able to alter them at any cost. Isn’t that the level of assurance we are looking for in the digital world?

Here are the three ways blockchain can help in preventing identity theft scenarios.

Cybercriminals leverage pieces of real and fictional details to create an entirely new identity. They use this identity to create a new bank account and apply for credit cards and loans. Banks deal with these scenarios all the time, and they tend to lose billions of dollars to identity thieves every year. Criminals can even leverage your credit card details and leave you with credit card debts, red flags and terrible credit scores. Your residential addresses, social security numbers, health insurance details and birthdates can be easily accessible through a short trip to the dark side of the web.

Blockchain brings forth the idea of giving us the ownership of our data. It keeps our online information secured, and that makes us a sovereign individual. For instance, say we put birth certificates on a blockchain. We will be able to control this detail, share or validate it without the need for the centralised repository. If the fraudsters even try to detect or steal your holistic digital identities, Blockchain will automatically signal the owner of the data. In my opinion, self-ownership of data is not only a nice thing but is also one of the most secure options.

Almost 16.7 million peoplewere victims of identityfraud in the United States last year. It is because cybercriminals can easily attack a centralised architecture due to the availability of a large attack surface. All they need is a single point of failure for identity to steal all your sensitive data, and make the worst use of it. A centralised database consists of tons of people’s social security numbers, bank cards, etc. Blockchain, on the other hand, completely eliminated the need for a centralised authority.

Now attackers would have to go from one identity to another and that too, one at a time to steal sensitive database. The moment they make even the slightest attempt, Blockchain technology will let you know. Blockchain decentralises the whole digital infrastructure with the help of PKI or Public Key Cryptography. This not only secures every individual’s data but also prevents mass data breaches. The information within the Blockchain is highly encrypted. Thus, it is almost unfeasible for anyone to get access to the database. You need proper credentials proof, conformity of the network and permission from the server to proceed further.

One of my friends informed me that some fraudster bought products worth $10, 000 through her credit card credentials. Imagine the trauma she went through during that time. Mass distribution of EMV cardsin the United States is one of the most horrible forms of fraud cases. Attackers can steal your credit card number, expiration date along with the CVV number. Then all they have to is browse through a slew of e-commerce sites, choose the products they like and purchase them as the original cardholder. The transactions do not even need proper ID verifications to approve a transaction.

The above-mentioned scenario would not happen with the advent of blockchains. Blockchain technology can force all the transactions to pass through it to identify the patterns of every individual during online transactions. Thus, blockchain would not allow any transaction to be successful unless it is verified as legitimate and the buyer confirms that he/she is the original buyer. This technology just makes verifications and future risk assessments all the more seamless. At the same time, retailers can also identify the credibility and reliability of the customers. Cybercriminals won’t even get the scope of maintaining different accounts with each merchant.

Brown Albert , a professional Technology expert works at Allessaywriter.com and Tophomeworkhelper.com. The best thing about Blockchain technology is that it gives the power of controlling personal data to the customers. We can stop worrying about frauds and scams, finally. In my opinion, blockchain has the potential to outweigh traditional data structures. But, it would need a tremendous amount of innovation, collaboration and initiative to make these scenarios a reality. Other organisations such as banks, government agencies, tax services, and retailers can also up their game in storing and verifying digital identities. What do you think about Blockchain technology? Let me know in the comments section.

Nionica Starc is a part-time web developer at a reputed firm in the United Kingdom. She also offers assignment help to students at Myassignmenthelp.com. Nionica  likes to bake in her free time. 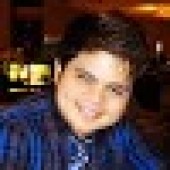 Qualities of a Good Roofing Company