A66 improvements to take place in County Durham

A major resurfacing and improvement scheme along the A66 trans-Pennine route will begin at the end of January.

Highways England is resurfacing four road junctions from the A66 west of Scotch Corner between West Layton and East Layton, with a number of full weekend closures needed to safely carry out the improvements.

Road studs will be replaced with new solar versions and the white lines on the junctions will be refreshed. 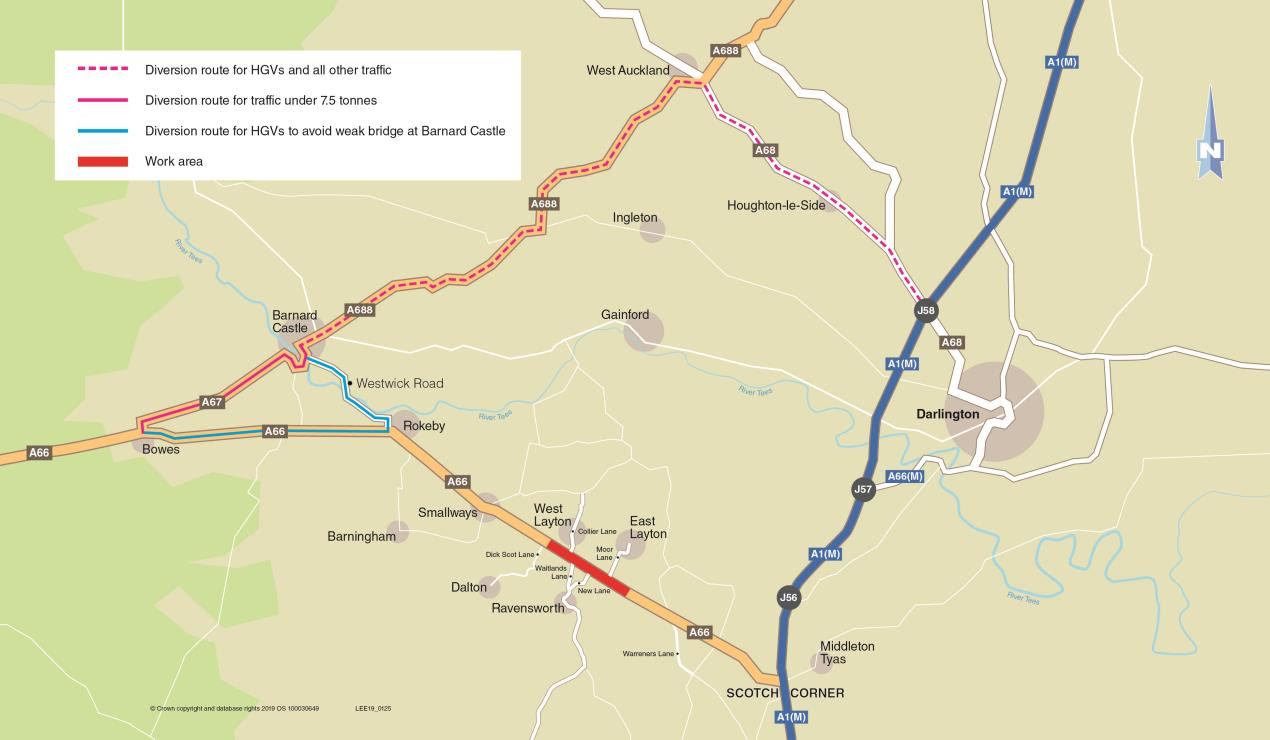 “So that we can carry this work out safely we’ll need to close the A66 completely to enable us to carry out these improvements. After studying the traffic flows we have decided that by closing the road at the weekend we will cause the least disruption to road users.

“We will be carrying out additional maintenance work to maximise the efficiency of these closures and I want to thank drivers for their patience while we carry out these vital improvements.”

On all four weekends contractors will be concentrating on the deep resurfacing works at East and West Layton. This will include making some minor improvements to the carriageway road markings to highlight the junctions.

The second two weekends will also be focusing on bridge parapet replacement works at Bowes.

Throughout the four weekends workers will also replace the central reserve barrier at Rokeby, replace boundary fences at New Lane junction with the A66 and other general maintenance work including tree felling and cutting back vegetation to improve visibility for drivers. Drainage improvements will be made where necessary.

The closures will be in place as follows: