Trump plans to escalate the trade war and pushed the EU auto industry to pay more tariffs but this will threaten the US jobs market by large due to a large number of manufacturing in the US by the German automakers. The automakers pushed for the zero tariffs on the trade of cars between EU and the US.

Urge for Bilateral Removal of Tariffs

The vision of both parties including EU and the US following the bilateral removal of the car tariffs pushed the German automaker’s shares and the automakers including BMW and Mercedes-Benz are among those manufacturers who are largely involved in the import and export of their models. They have manufacturing facilities on both sides.

The heads of the big three automakers including BMW, Mercedes and VW talked to the US ambassador last week and ask him to repeat their support for zero tariffs to route the trade smoothly across the Atlantic. Three of the heads met with Grenell Richard and ask him to eliminate any proposed tariffs on the exports to the US, and they would help the US to get rid of imports tariffs on the goods coming from the US to EU.

The pledge to shift the investment out of the US

All the automakers urged to help the US to remove tariffs on the imports from the US. They also demand the US ambassador to drop the threat of increasing the tariffs. If they don’t do it, the imports of new cars will surely be decreased and the demand of reconditioned engines would surely be increased.

The German automaker heads also said that they can initiate the effort to retain their investments in the US but if the tariff spiral would be averted soon. It is actually a pledge that can push the automakers to move the production facilities out of the US in future, it might happen if Trump ramps up new sanctions on the car imports. It is stated that more than 50 per cent of the car production by the German brands was exported out of the US last year, the VDA says. It is a national industry body. It was also threatened that if the trade barriers were raised, the production could be moved to the markets like China. It was not the first meet up between both parties, they met second time followed by the VDA meeting on the 6th of June.

Five of the 6 major brands imports from the US to the EU would be German Brands Built in the US. Including BMW X3 SUV, and Mercedes GLE SUV. All the German brands built in the US would gain from the lower tariffs by large, however, the American brands like Ford and General Motors would be rarely seen on the EU roads this year. Probably the Tesla model S would be imported to the EU.

The entire import and export market would be largely dominated by the German giants only. Nine out of the 15 top selling vehicles in the US are from VW only, however, there are several from other German brands including BMW and Mercedes. If there would something happen like the tariff increase, it would be a big dent in the automotive industry and the sector of the US.

What the president team says

Now the president says that the tariffs are indeed the end game and he says that this would be a big lollypop to the automakers who are urging to manufacture their vehicles in the US.

What’s going to really happen, it is not clear yet. Trump said that they are offering a playing field to the automakers to build their cars in the US.

An analyst says that the investors who are thinking that the tariffs would be removed must be really very careful before investing in the US economy. If they prove to be wrong and the levies imposed, their profits would be hit badly.

I am John Morgan and I am a blogger and a designer with the strong passion. I usually love to write on automotive industry news and updates. Currently, I am attached with enginecompare.co.uk as a senior content writer. They deal in Reconditioned and Used Engines for Sale in the UK. 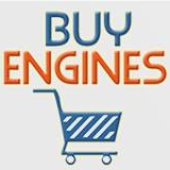 Have your say on the Borough’s Highways and Transport