From the Back Streets of Sunderland to the World

From the Back Streets of Sunderland to the World

A debut author is bringing the back streets of historic Sunderland to the world.

Glenda Young’s debut novel, Belle of the Back Streets, is the first of three novels to be published by Headline. All three novels are set in the village of Ryhope in 1919.

Glenda, who graduated from the University of Sunderland with a degree in Journalism, is very proud to be putting the village where she was born on the literary map.

She said: “It’s been emotional delving into the archives, looking at maps and plans of pubs and buildings in Ryhope from 1919.  I feel very proud to be writing about my culture and heritage.”

Belle of the Back Streets follows the adventures of a young woman who takes on her father’s rag and bone round, and though it is Glenda first published novel, she has already built an impressive reputation as an award-winning short story writer.

She also has an unusual claim to fame – she is the creator of the first ever weekly soap opera Riverside to appear in The People’s Friend, the longest running women’s magazine in the world

She is also creator of the Coronation Street Blog, which launched in 2007, and is still going strong, reaching the finals of the UK Blog Awards in 2016 and 2018.

Endorsements for Belle of the Back Streets

‘I really enjoyed Glenda’s novel. It’s well researched and well written and I found myself caring about her characters’ Rosie Goodwin

‘All the ingredients for a perfect saga and I loved Meg; she’s such a strong and believable character. A fantastic debut’ Emma Hornby

‘Glenda has an exceptionally keen eye for domestic detail which brings this local community to vivid, colourful life and Meg is a likeable, loving heroine for whom the reader roots from start to finish’ Jenny Holmes

‘I found it difficult to believe that this was a debut novel, as “brilliant” was the word in my mind when I reached the end. I enjoyed it enormously, being totally absorbed from the first page. I found it extremely well written, and having always loved sagas, one of the best I’ve read’ Margaret Kaine

Look out for Glenda’s next compelling saga set in Ryhope, Sunderland,
THE TUPPENNY CHILD 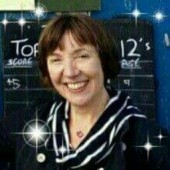 The era of rising dating addiction in the UK