Humour and comic situations in the universe of translation

Humour is often a cultural and specifically personal thing, even two people who speak the same language in the same country are not going to laugh at the same joke, let alone audiences in countries on the other side of the world.

In dubbing, subtitling, online or website translation and in other types of content (both audio or written) translation comedy becomes a very specific challenge that needs to be handled with care otherwise it just won’t translate and fall very flat. It also won’t be doing justice to the artist or the actor involved, and is likely to become the target of scrutiny and laughter itself.

Experts tend to agree now that to effectively translate a joke that it is pointless to try and exactly translate the words in particular rarely provides funny results for the right reasons. A better method is to translate and try to keep the general meaning intact or to even replace the term into a similar joke in another language too.

Complications are usually caused by one of two languages: cultural references and intricate passages such as wordplay. Humour based on a nation’s culture often leaves the translator with a dilemma with two possible avenues to solve it. Either lose coherence with a strictly translated cryptic allusion or you can weigh down the text – with a large explanatory footnote telling the reader how what they just read is in fact funny contrary to their beliefs. English fluency is thankfully spreading wildly in modern times, which can allow the option of a solid translation and letting it stand to be the best solution.

The nature of jokes is that they may not always be obvious or easy to understand even for native speakers. Comedians and authors often disguise jokes and use subtlety to create humour, which makes the translation a harder task in regards to getting the message across.

A well-rounded awareness and sense of humour is absolutely vital in being able to detect and appropriately do justice to these artists. Without it, the translation could end up being stale and devoid of the original spirit of the act that was given, which would probably constitute a failure on the part of the translation.

Bad translation can also turn a serious statement not meant as laughable, into a strange, out of place funny remark. Jimmy Carter encountered this painfully in Poland when his interpreter (who wasn’t natively Polish) turned a typically wholesome Carteresque remark into “I desire the Poles carnally”.

Above shows exactly the power that translators can wield over their clients, in both a positive and negative way. Liberties need to be taken responsibly due to the nature of no two languages syncing perfectly, but also in mind to just what you are telling the audience. History is littered with mistakes of mistranslation, and correctly translated passages and pieces of work are generally invisible. That is to say that the work of the translation was so good that no one noticed. In this regard, when producing a piece of work or considering who you want working on a project with you, it is important you carefully consider the services and individuals whatever they may be (such as subtitling, voice over recording, real time translators etc.).

Natalie Baxter is the author of this piece. Natalie lives in London, she studied journalism but is currently working as a content designer for the apartment rental agency, San Sebastian apartments. She is also working on a digital project for clínica dental San Sebastian. If you would like to connect with Natalie you can follow her on Twitter on @NatalieBaxter18, and she is also on Facebook at facebook.com/natalie.baxter.520. Nat is an animal-lover, she spends her free time with her pet Klaus and she also enjoys long walks on the beach. 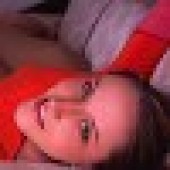