When it rains, it kills – warning to North East drivers

Drivers are being urged to slow down when it’s raining after seven people were killed and 82 were seriously injured in the North East when driving in the rain last year.

Highways England is launching a new safety campaign warning drivers that ‘when it rains, it kills’ after the latest statistics showed that people are 30 times more likely to be killed or seriously injured on the roads in rain than in snow.

The figures also reveal that travelling too fast for the current conditions was identified as a factor in 1 in 9 road deaths in Great Britain last year, with drivers failing to alter how they drive in response to changing conditions on the road.

Highways England is warning that even driving within the speed limit in wet weather could be dangerous if drivers don’t allow extra space between them and the vehicle in front. And the message is being reinforced with rain-activated paint messages visible to people leaving motorway services when it is raining.

A new road safety video has also been produced, directed by award-winning photographer Nadav Kander, which shows rain falling inside the home of a family imagined to have been involved in a serious road collision. The video is available to watch at https://youtu.be/KMHRmsyAKes. “Most of us already slow down in snow, ice or fog but when it rains we consider it normal so don’t adapt our driving.

“The sad fact is that 2,918 people were killed or seriously injured on the roads in Great Britain when it was raining last year, and not slowing down to suit the current conditions was identified as a factor in 1 in 9 of all road deaths.

“Rain makes it harder for tyres to grip the road and harder for drivers to see ahead – significantly increasing the chances of being involved in a collision. We’ve launched our new campaign to make drivers aware of the dangers and to stay safe.”

It generally takes at least twice as long to stop on a wet road as on a dry road because tyres have less grip on the surface. In wet weather you should: 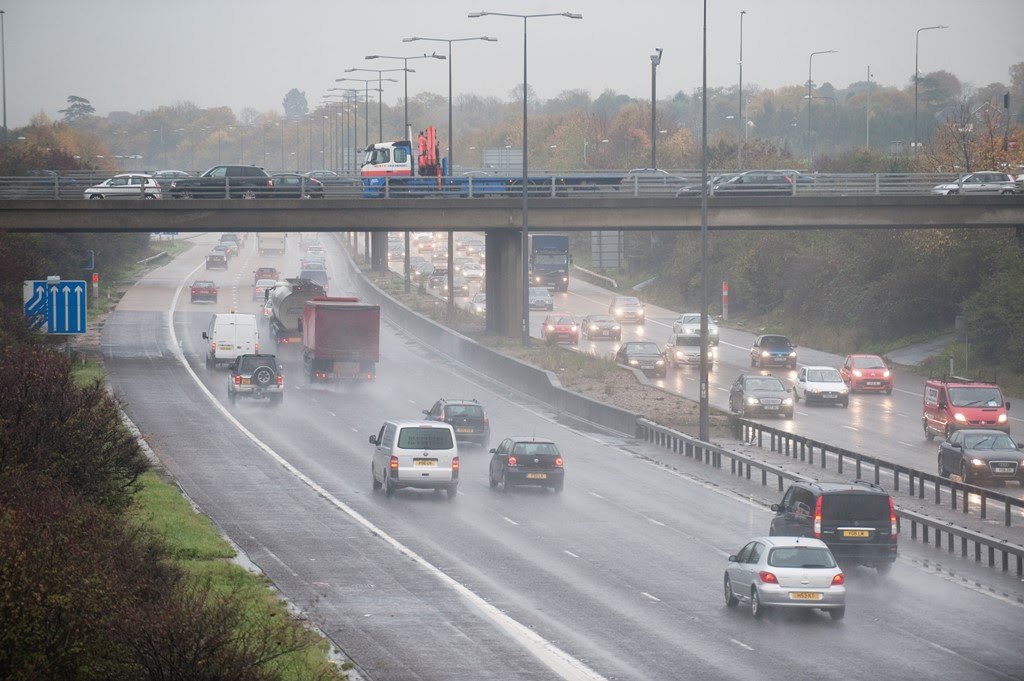 Highways England is aiming to reduce the number of people killed or seriously injured on England’s motorways and major A roads by 40% by 2020 through road improvements, safety campaigns and other initiatives.