The Nike Metcon 6 is Designed to Take the Heat

The Nike Metcon line has evolved in step with the training community. Refitted with breathable mesh to help keep athletes cool, and available for the first time in a FlyEase edition, the Metcon 6 accounts for the variability of functional fitness — from movements to needs to environments.

Designing for breathability helps athletes stay focused on what they do best: putting in the work. Whether it’s a daily training session or a grueling competition event, the Metcon 6 helps athletes stay cooler, for longer, and while they dial up the intensity.

Even the world’s fittest athletes aren’t immune to the challenges of overheating. Take Mat Fraser, four-time Fittest Man on Earth. During the first workout of last year’s international games, the competitors were put through a punishing four-round circuit that included three legless rope climbs, a 400-meter run and seven squat snatches — in the heat of summertime in Madison, Wisconsin. Fraser began to feel dizzy near the end. Once he completed his final round, he dropped to the ground and promptly poured a bottle of water over his head. He was first to the finish by a wide margin, but far from alone on the field in seeking immediate respite.

“You can only get used to heat when you actually train in it — there’s no substitute,” says Fraser. “It feels like wearing a weight vest. Staying cool has everything to do with your pacing while training or competing. If you’re overheating, you won’t be able to run a mile at a normal pace, but added to that, you won’t be able to recover from that mile at the same pace either.”

The Evolution of the Fittest Man on Earth 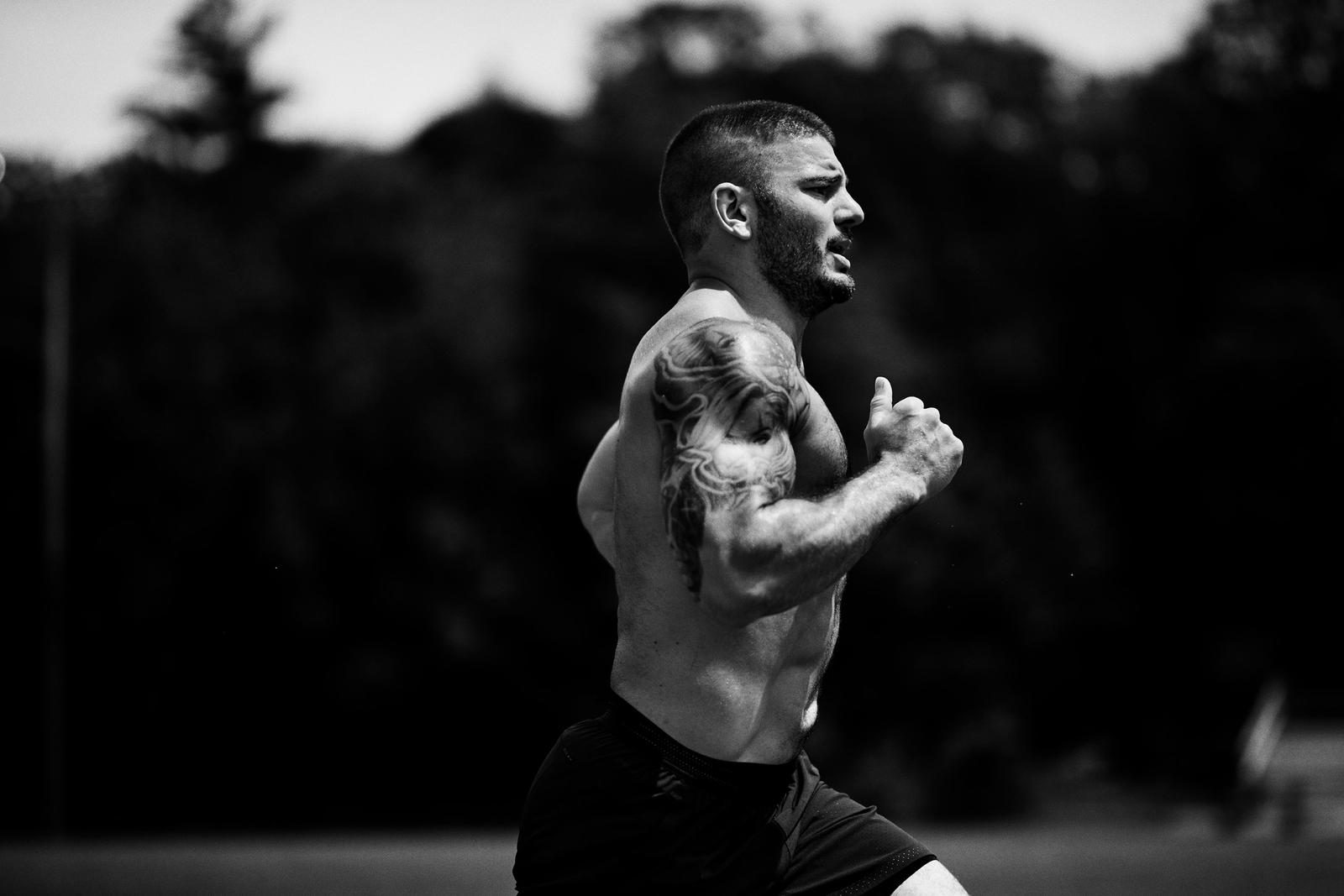 Nike athlete Mat Fraser says that his own training philosophies have evolved since he started his sport, enabling him to become a more well-rounded and ultimately more dominant competitor. He worked hard to improve his capacity and attack conditioning sessions in training so that he could perform in competition. “It’s the same trajectory that I’ve watched the Metcon take,” he says. “Each shoe has improved incrementally to create a tool that does everything. Now, I feel like it’s the best shoe out there.”

The upper of the Metcon 6 provides 18 percent more airflow than the Metcon 5. Yet the shoe’s breathability doesn’t skimp on durability: evolving the haptic topcoat from the Metcon 5 helps the shoe withstand high abrasion. 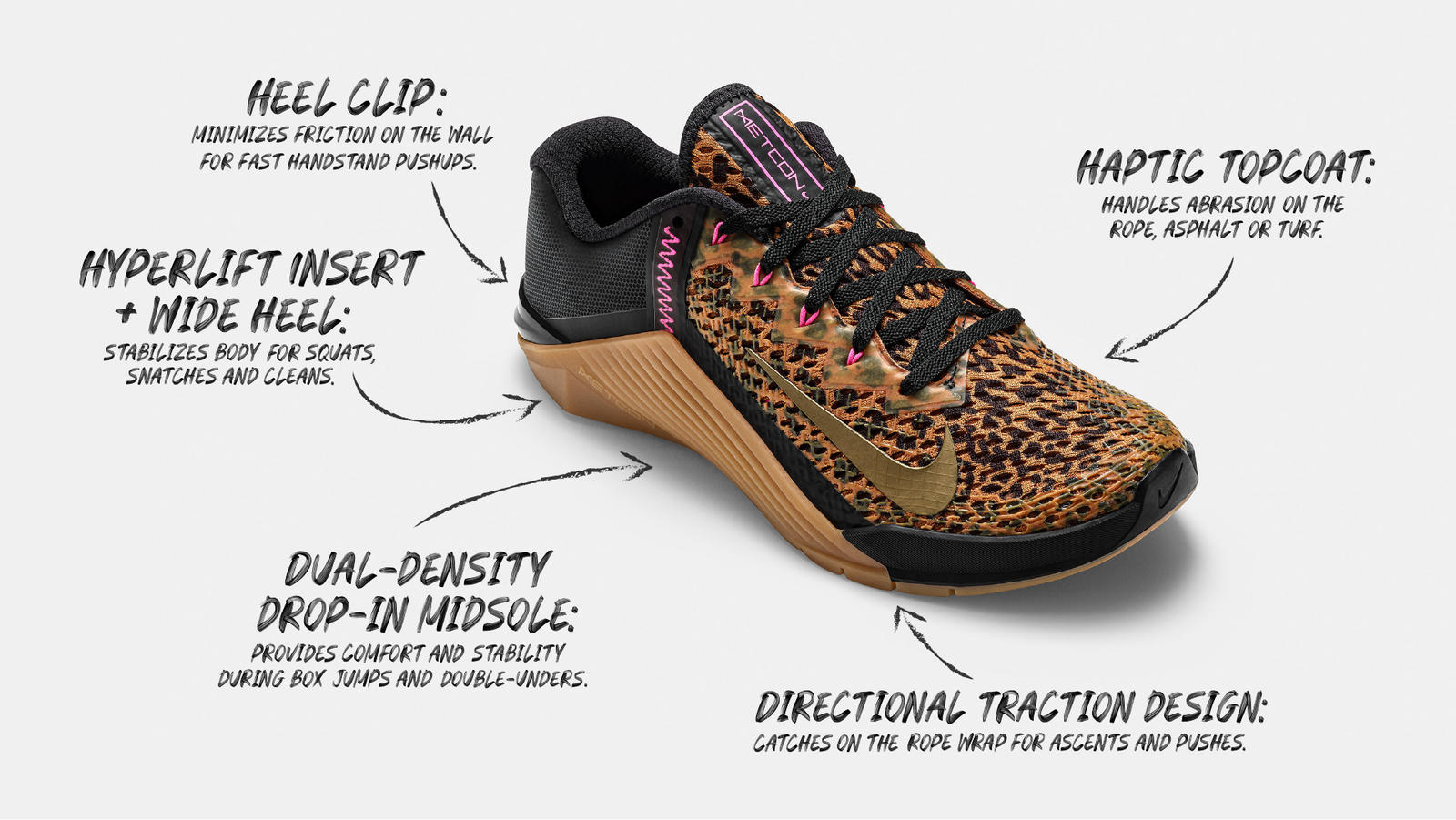 The Metcon 6 FlyEase establishes the hallmarks of universal design in the training space; inspired by those with unique needs, it is designed for everyone. A TPU tail gate on the heel allows the athlete to step down and collapse the heel counter, making for easy access without the need to retie laces.

“When I’m competing against other people, I’m holding myself to the same standards as every able-bodied athlete does,” says Logan Aldridge, the Fittest One-Armed Man on Earth. “That’s the gift of our sport. The community is rooted in support and respect, and that extends to all abilities, because we all push each other to be better. If I had to think of a way to describe universal design, that would be it.” 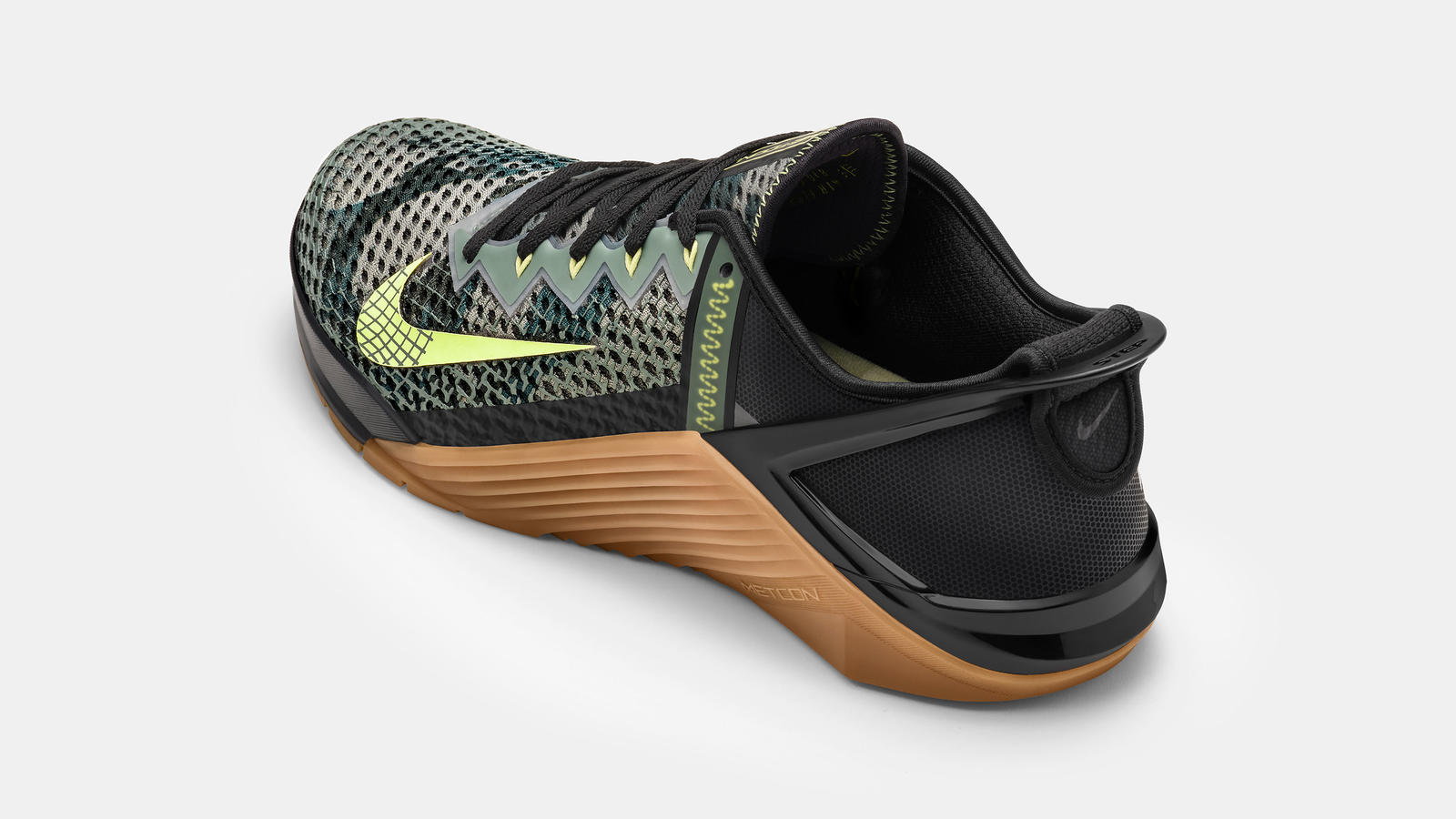 The heel of the Metcon 6 FlyEase collapses when you step in, then rebounds back into place to secure the fit — without the need to retie laces.

Like Aldridge, Fraser sees the natural connection between FlyEase principles and a community of diverse athletes with a common commitment to continual improvement. In the Metcon 6, it all adds up to a powerful evolution, and one that mirrors the progression of training itself.

“It’s incredible to see the progressions that Nike has made and to see how they’re thinking,” he says. “They’re taking an idea that people take for granted — that a shoe should be applied in just one way — and they’re proving otherwise.”

Zack kicks off his stateside adventure