The world’s most popular nuclear strategy game will soon be able to play against friends and foes everywhere thanks to the highly anticipated multiplayer expansion. 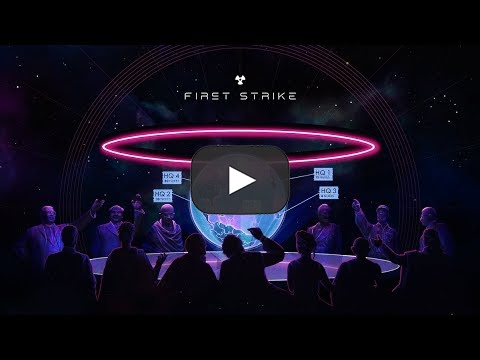 Swiss developer Blindflug Studios AG today announced a major update which adds multiplayer content to their free-to-play nuclear war strategy game FIRST STRIKE will launch on 3 November for iOS and Android. Simply called “The Multiplayer Update” it adds a new online mode that lets users go to war with up to nine players from all over the world.

Like in the singleplayer mode, players play as a nation like the USA, North Korea or Russia, sending  nuclear weapons against each other until only one nation is left standing. For an online match, they can join a group of players with the quickplay function, get invited with a code or host their own room.

The multiplayer mode also includes two new modifiers that can be activated if desired: “Balanced Start” lets everyone start out with the same starting condition, and “Small State Support” gives players with a small nation faster expansion and research speed at the start. These two modifiers help provide a more balanced experience and adjust the traditional power imbalance between the playable nations of FIRST STRIKE.

FIRST STRIKE first launched in March 2014 and has been played by more than 11 million players worldwide, with fans residing in every country on Earth (except North Korea)! Blindflug Studios will continue to develop further updates for the free-to-play version of FIRST STRIKE. FIRST STRIKE has become a true ‘nuclear playground’ with new features and content added over time, challenging veteran and long-time fans with new ways to play.

The Ever Increasing Popularity Of Toto Site