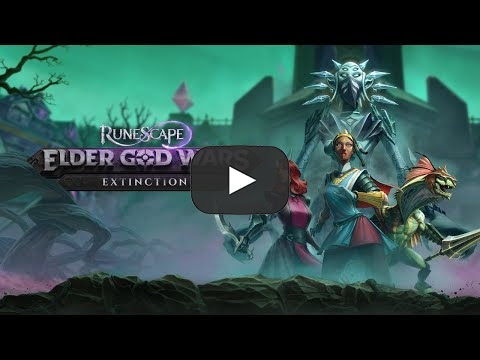 Elder God Wars: Extinction is the first major RuneScape release in 2022 and is the closing chapter of the Elder God Wars storyline, which began more than a year ago and has since seen multiple battlefronts and cameos of beloved characters from across RuneScape’s epic 20-year history. This also marks the first Grandmaster Quest since 2016, which means that this content will be a challenge for even the most experienced adventurers. “Elder God Wars: Extinction is the epic conclusion to our 20th anniversary celebrations,” said Matt Casey, Product Director, RuneScape. “Players can expect familiar faces and enemies as they journey across Gielinor as this concluding chapter in the Elder God Wars saga unfolds. Of course, when one chapter ends, another begins and the whole team is excited for players to see what happens next and where we take RuneScape’s story from here.”

Elder God Wars: Extinction is live today in RuneScape on PC, Steam, iOS, and Android, complete with cross-platform progression and play on PC and mobile.