One-club man Alex Tait will remain a Newcastle Falcons player for at least the next two seasons after signing a contract extension at Kingston Park.

The 32-year-old can play either winger or full-back, and sits sixth in the Falcons’ all-time appearance list after playing 243 competitive games for the club.

Scoring a hat-trick on his debut back in 2008, Tait has gone on to touch down 35 tries in competitive action and is currently in his testimonial season.

Newcastle Falcons director of rugby Dean Richards said: “Alex is a homegrown player and a very consistent performer for us, so it’s great news that we will have him on board for at least the next two seasons.

“He keeps himself in tremendous shape, he goes about things the right way and he is a great example for our academy boys coming through. His ability to play in a couple of different positions gives us options, and it’s all just part of the building process as we look to the future.”

The Falcons are currently 11 points clear at the top of the Greene King IPA Championship at the league’s midway stage having won all 11 of their games, looking to bounce straight back up to the Premiership.

Glad that he will remain part of those longer-term plans, County Durham native Tait said: “It’s no secret to anybody how much I love the club and how happy I am here, on and off the field.

“There are good things happening here with the way we’re building – we’ve got a strong core of players and it’s a long-term plan.

“From my own point of view it was a no-brainer in terms of wanting to stay part of it, and I’m looking forward to seeing how we can continue to improve during these next few years.”

Tait becomes the third Falcons player to have signed a contract extension, following the news that Adam Radwan and Gary Graham have both renewed for another two years. 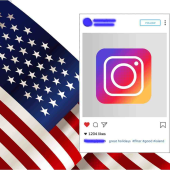