When the children of Settle set about brightening up the town during lockdown with their colourful and clever painted pebbles, local celebrity Mike Harding saw the opportunity to celebrate their heart-warming initiative and raise funds for community projects which in turn will benefit them.

Comedian, broadcaster, writer and musician Mike Harding has published Settle Pebbles showcasing the 400-plus hand-painted stones created by children and young people in Settle and Giggleswick during the coronavirus lockdown.

The book was conceived after children started leaving their uplifting creations around the town, along popular walking routes, at the ambulance station and doctors’ surgery. Mike was touched by their efforts and began to share photos of the pebbles on his social media accounts, reaching thousands of his followers.  The response soon snowballed, giving him the idea to produce a lasting keepsake which will also be a fundraiser.

Mike said: “Everyone appreciated the painted stones, which gave a real boost to key workers in particular. Photographs of the pebbles on social media cheered up lots of people who couldn’t get out to look for themselves. I started getting messages from followers far and wide saying how much they looked forward to seeing more.”

The 36-page glossy book features photographs of many of the pebbles and is a fitting tribute to how the community pulled together during the pandemic to support one another.

Mike added: “The proceeds will go to local projects for children – such as the swimming pool, drama group, youth groups, school clubs or one-off projects. We’d like to help as many as possible to make life better after lockdown for our youngsters who have shown such creative positive resilience during these difficult times.”

Funding to produce the book came, fittingly, from Stories in Stone; a programme of community and heritage projects developed by the Ingleborough Dales Landscape Partnership. It is led by Clapham-based charity Yorkshire Dales Millennium Trust (YDMT) and mainly funded by the National Lottery Heritage Fund, thanks to National Lottery players.

Don Gamble, Manager of Stories in Stone, said: “There are some amazing stones outside Castlebergh Hospital, not far from where I live. I think it’s great how the community has so creatively responded to the crisis and I’m delighted that YDMT is able to support this worthwhile project.”

Copies can be ordered online from www.visitsettle.co.uk or purchased among others from Wholesome Bee in Settle, Cross Leigh Stores in Austwick, and Clapham Village Store. Other independent retailers are invited to stock copies. 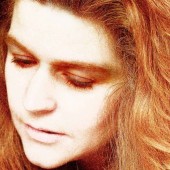