Now that the whole land of Antia is covered in green to celebrate St. Patrick and the arrival of spring, Call of Antia presents ‘Spring Escapades’, a new mode where dragoneers will have to use their dice to decide Colette’s movements. Each movement requires rolling a dice which will trigger a random event full of minigames and surprises right after the player’s move. Dragoneers can play this event multiple times. Each time they finish a lap, players will also get a milestone reward.

In addition to hosting the event ‘Spring Escapades’, Colette will also be available as a playable character in the Summon Pool for a limited time. This brand new 5-Star Fire Hero comes with the skill “Snip Snip!” that deals damage to the target enemy and her exclusive weapon, “Razer Sharp Shears”. Bedivere will also join the Summon Pool event as a 4-Star Fire Hero for a limited time as well, banishing enemies with his “Banner of Glory” skill that deals damage to the target enemy, decreases damage taken and shares damage with nearby allies. 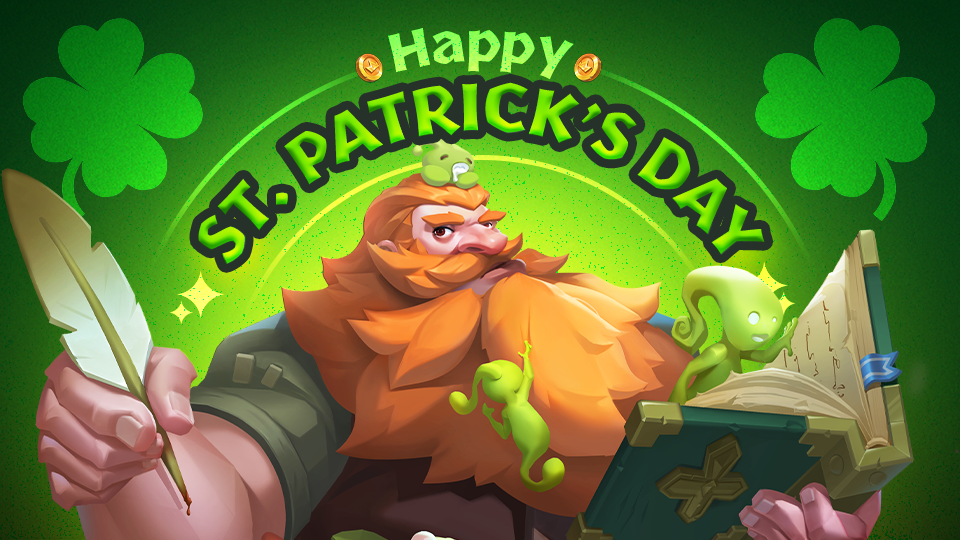 Call of Antia, a brand new Match-3 RPG game, now available on both iOS and Android. Players will journey to Antia to protect it from the Dark Legion, an ancient force that threatens this magical world. As the chosen one, they will need to build their own shire, recruit legendary heroes and train epic dragons to charge fearlessly into their enemies.

Call of Antia invites players to face strategic battles with more than 50 epic heroes available to collect and level up to protect the world against the Dark Legion that has returned after 300 years to wreak havoc. But they won’t be alone in this task: with the help of fearless legendary dragons, the heroes will vanquish all enemies to reveal the secrets buried in the world of Antia. Call of Antia had a successful soft launch, being awarded 4.5/5 in the Google Play Store and 4.9/5 star rating in the AppStore after +150,000 user reviews. Character development, storyline and graphics were the main highlights among the community.

Find a link to assets here.

‘Call of Antia’ is now available for free download on iOS and Android devices. New players who access this link will get 100 extra gems and jump to an event in Call of Antia. You can get more information about events and updates by following on Twitter, Facebook, YouTube and Instagram or joining the conversation on Discord as well.

Founded in 2010, FunPlus is a world-class, independent game developer and publisher headquartered in Switzerland and with operations in China, Japan, Singapore, Spain, Sweden, Russia, and the United States.

As an organization that fosters the best creative and diverse talent in the world, and employs nearly 2,000 people, the company has developed and published games that have ranked in the #1 spot in nearly 70 countries, including State  of Survival, King of Avalon and Guns of Glory.
FunPlus studios include KingsGroup, Puzala, Seven Games and Imagendary Studios, each with a focus on developing a unique brand of innovative games for global audiences.

FunPlus is the founder of FPX（FunPlus Phoenix), one of the world’s most successful esports organizations, and the 2019 League of Legends World Champions.

The best and most exclusive soccer gambling (judi bola)

The basics and features of moneyline betting