A monstrous group boss awakens in the depths of Gielinor, featuring the last godly general, Nex and offering high-value loot.

Dwelling in the Ancient Prison beneath the God Wars Dungeon, Nex can only be accessed once players have completed the Desert Treasure quest and a miniquest to unlock the Frozen Door. This iced-up access point has existed since the Dungeon was launched but has remained sealed, until now! Once inside the Prison, players must crush through a formidable army before reaching Nex herself.

The long-awaited PVM expansion can be battled in groups of up to 80, with the best players challenging themselves to take on Nex in smaller teams. Defeating Nex gives players the chance to obtain some highly valuable rewards, including Ancient Godsword, Zaryte crossbow, the iconic Torva armour set, and more. Every player who takes part in the fight has a chance of obtaining a unique item, with higher performing players bagging more loot. 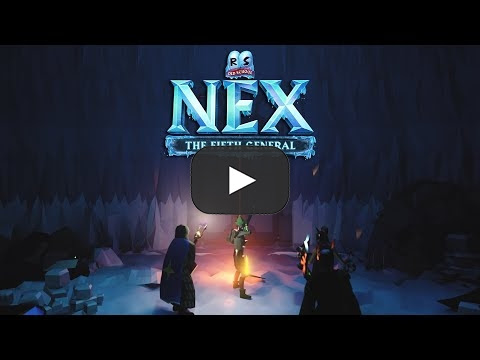 All new content introduced to Old School RuneScape must have the backing of 75% of the community. Nex: The Fifth General was put to a player poll, and it passed attracting more than 57,000 votes with 90% approving the boss.

This is members-only content, become a member now at www.oldschool.runescape.com to start preparing for a climactic showdown in the new year. In addition, Nex will also be featured in the highly anticipated Leagues III, launching on January 19th.

Brick-tastic fun at Manor Walks this February half term