New Horizons brings Million Lords to 2.0 with a whole new user experience with new UI and art style, and narrative Expeditions, setting the mobile multiplayer strategy game up for victory in 2022 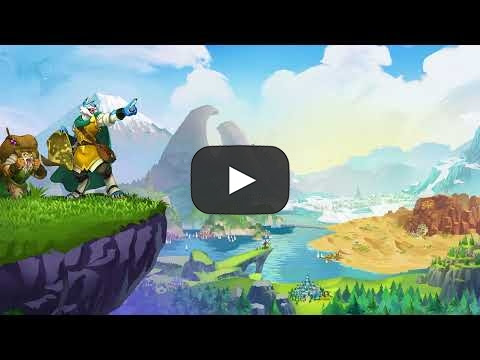 Million Lords is a new take on the 4X strategy game with more than 500,000 players. Million Lords brings classic strategy gameplay to mobile devices, with an unlimited number of players in a single world, allowing battles and conquest at an unprecedented scale.

The New Horizons update for Million Lords introduces a new UI, developed with players’ feedback and built for accessibility, making the update a great jumping-on point for new players. And New Horizons also introduces updated artwork refreshing the game’s look for 2022 in ways that will surprise and delight returning players.

Today players can also embark on solo adventures for the first time in Expeditions – a brand new feature and a new way to play Million Lords. Expeditions will test players’ decision-making skills as they send their heroes off on an epic journey with escalating difficulty and rewards. After every encounter, players will have the choice to flee with their loot or fight on for even greater rewards. Expeditions will offer players deeper insight into the Million Lords universe with new lore to be revealed on every adventure.

“With New Horizons we want to welcome new players with a richer, deeper fantasy world and to give long-time players a whole new way to play,” Says Benoit Ducrest, CEO and Creative Director at Million Victories. “With the new interface developed with the community’s feedback in mind, it is a perfect moment to start Million Lords. When combined with the whole new way to play provided by the Expeditions, we’re certain that Million Lords will continue to grow, attracting new and long-time players alike.”

WORLD LEADING GALLERY FAMOUS FOR ITS £50,000 FIVERS, COMMISSIONS COLLECTION FOR PRINCE HARRYS WEDDING – AND GIVES IT ALL AWAY TO CHARITY