Panasonic Pushes the Boundaries of TV at IFA

Panasonic at IFA in Berlin showed two extraordinary prototype TVs which demonstrate how it is working on pushing the boundaries of TV.

One prototype, codenamed “MegaCon” for Mega Contrast, uses dual LCD layers to deliver black performance which rivals that of an OLED TV whilst also being capable of high brightness too.

The second prototype is a transparent OLED, the result of a conceptual research project by Panasonic and Vitra, shows how Panasonic is working on better integrating electronic devices into living spaces by having them melt into the background when not in use.

The “MegaCon” Dual Panel LCD monitor prototype has been developed in-house using a Panasonic manufactured module and fully utilises over half a century of Panasonic television expertise.

It uses a high performance 4K outer panel with a monochrome inner panel to modulate the direct LED backlight, thus delivering pixel-level dimming and a contrast ratio of 1,000,000:1 which is unheard of for LCD panels. In terms of brightness it can hold a full field peak brightness of 1000 nits indefinitely, whilst also covering 99% of the DCI P3 colour standard.

Furthermore, unlike other similar dual panel LCD displays, based on feedback from the Hollywood community it also features a very wide viewing angle without any loss of colour fidelity and uses unique Panasonic technology to eliminate any parallax effect between the dual panels. 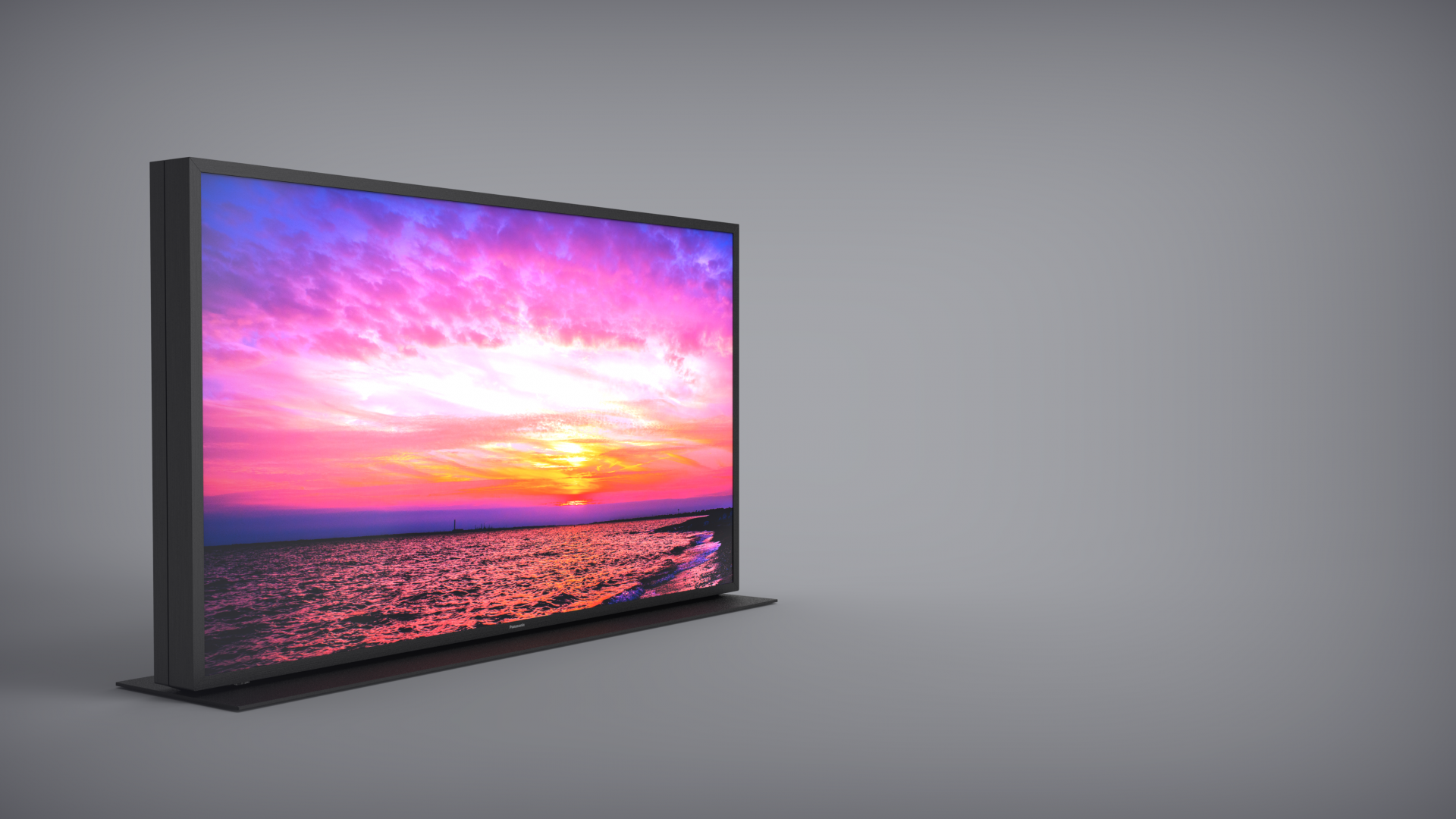 Panasonic also exhibited a transparent OLED concept display, which was first shown at this year’s Salone del Mobile, the world’s largest and most prestigious furniture and lifestyle exhibition.

The transparent OLED display, which resembles a glass cabinet, is crafted from a wooden finish frame holding what appears to be a pane of glass. As such it blends naturally into any contemporary living space. However, the moment the device is switched on, it transforms into a vivid OLED display.

The transparent OLED is the result of a conceptual research project by Panasonic and Vitra. Through a series of workshops Vitra provided expertise in furniture and space design which was combined with Panasonic’s focus on using advanced technologies to improve lives. As a result a number of ideas about how new technologies can be used to seamlessly integrate audiovisual devices into our living space were developed. The transparent OLED display is the first of these ideas to come to fruition.

Designed by Scandinavian based designer Daniel Rybakken and Panasonic Design Kyoto, the OLED display consists of materials such as wood, metal and glass. The technological components are cleverly concealed within the wooden finish frame, which doubles as a stand for the device. A lightning element, which enhances the viewing and ambient experience, is also directly and unobtrusively housed within the frame.

Both prototypes are on show at Panasonic’s booth at IFA from today until 11 September.

Firm hands over £1.8m of projects with sights set on busiest year yet