Space Crew: Legendary Edition out now on PC and consoles

Space Crew: Legendary Edition adds a wealth of new content including the epic Android Ambush campaign and, for the first time, the chance to take your crew off-ship onto stations, outposts and new vessels in Away Team missions.

Featuring a new star-system to explore with new challenges and enemies to overcome as well as new legendary crew to rescue and recruit, the Legendary Edition expansion adds a galaxy’s worth of content for new and existing Space Crew players! 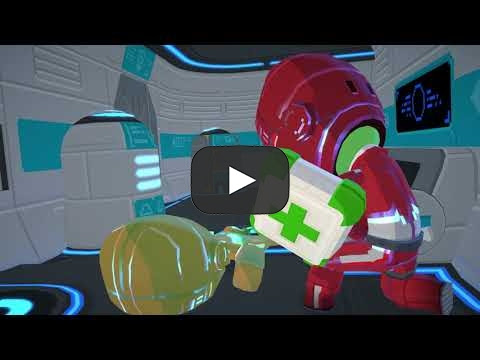 “We’re really happy to be able to give fans of Space Crew incredibly exciting new content as well as a bigger, bolder experience for first-time space captains!” said Dave Miller, co-founder of Runner Duck Games. “With the new Android Ambush campaign, Away Team missions and a new star system to explore there’s something for everyone and we really hope players enjoy the new content as much as we have enjoyed making it!”

Space Crew: Legendary Edition is as varied as it is challenging, with aspiring captains having to manage their crew members one-by-one during missions to ensure objectives with ‘minimal’ casualties. Phasmid attacks, android armies, black holes, falling oxygen levels, incursions from other-worldly organisms, system failures and more are just some of the challenges crews will have to face head-on.