AN ASHINGTON mum, who is being treated for cancer for the second time, is backing Cancer Research UK’s campaign for World Cancer Day and is urging everyone to join her by donating or wearing the charity’s Unity Band on February 4.

Lisa Breeze, 46, was diagnosed with breast cancer in April 2018 and was successfully treated, but sadly in September 2020 she was told that she had cancer again.

For her recent diagnosis the mum-of-two, underwent a single mastectomy during the November lockdown and has just started hormone therapy injections to help stop any cancer cells growing.

Lisa said: “Getting the news that you have cancer at any time is horrendous, but in the middle of a pandemic when you can’t see consultants face to face for all your appointments has just been awful. I was sat in the car park at Flamingo Land on the phone to the oncology consultant being told I would need to have an urgent bone MRI the next day because the results of other tests were bad.”

Lisa, a social worker, was first diagnosed with breast cancer in 2018 after spotting a line on her breast that she thought was just a mark from her bra. But after it didn’t fade and having seen her aunt going through cancer just months before she was cautious and went to get it checked.

After several tests she was told she had HER2-positive breast cancer. She underwent a lumpectomy to remove the cancer, chemotherapy and radiotherapy.

Lisa said: “I honestly couldn’t believe it when I was first told I had cancer. We had just spent the last few years with my aunt Susie on hospital wards getting treatment and now it was me being told I had it. You really couldn’t make it up.”

Lisa’s aunt Susie Lockyer saw her husband and son die of cancer within months of each other and she then tragically lost her own life to the disease in July 2017.

Lisa added: “Susie lived alone and although we went to appointments with her, she was by herself at home and at night. She would always tell us she was ok, but going through the treatment myself made me realise how hard it must have been for her.”

Following successful treatment Lisa was in remission and received regular check-ups, but because of COVID-19 a scheduled mammogram that was booked in for March was delayed for six months.

During that time Lisa began to feel some pain in her breast, which her GP initially believed to be a result of scarring from her radiotherapy.

Lisa said: “I’ve learnt to follow my instinct, and my gut feeling was something was wrong. Unfortunately my planned mammogram was delayed because of the pandemic, so who knows if that would have spotted it, but I wasn’t going to stop until I got a referral and thank goodness I did.

“I often get asked by friends about something they’ve spotted on their own body and I’m always clear they need to get to a doctor if there’s anything that is different for them. It’s important to trust your instinct. ”

Lisa’s instinct proved to be accurate and she was diagnosed with HER2-negative breast cancer, unrelated to the first cancer and what doctors described as being sheer “bad luck”.

This time Lisa was booked in for a mastectomy of the effected breast and hormone therapy treatment.

Lisa said: “The surgery felt like a bit of a relief if I’m honest, as I just wanted to get it out and if I could reduce my risk of it returning then even better. I tested positive for COVID-19 when they swabbed me in the days before surgery, so I had to wait 5 weeks for a new date, but it went ahead in November. I’m now in the process of booking in for reduction surgery of the other breast and then reconstruction surgery, but there might be a wait while hospitals prioritise treatments.”

Lisa is using her experience to highlight the progress made in cancer research and as a result gets to see her granddaughter Olivia grow up.

She said: “Research means I have had options available to me to treat this cancer and thankfully I’m doing well. Olivia is unphased by it all and even when I lost my hair it didn’t bother her and she’s the perfect tonic for the tough days.”

Lisa, mum to Kieran, 25, and Alex, 21, is encouraging everyone to show solidarity with people diagnosed with cancer this World Cancer Day.

World Cancer Day is an international initiative, uniting people around the world on 4 February to beat the disease.

Lisa, who is part of the fundraising group Team Susie, led by her and her sisters Andrea Haig, Lyndsey Taylor and their mam Brenda, has raised over £107,000 for Cancer Research UK in memory of their aunty, by doing activities from Boxing Day dips to charity calendars and selling unity bands for World Cancer Day.

Lisa said: “Fundraising has always given me something to focus on, rather than the next cancer appointment or treatment. We’ve spent many a cold day out in Ashington selling the unity bands, it’s a pity we won’t be able to do the same this year due to lockdown, but we are always so well supported by our extended family, friends and the local community.

“Just because we can’t do our normal fundraising doesn’t mean we can’t show our support for World Cancer Day. Instead they can make a donation.”

By donating people across the region will be raising money to help get life-saving research back on track after the impact of the COVID-19 pandemic.

Cancer Research UK expects to see its fundraising income decline by £300m over the next three years, which could put future breakthroughs at risk.

In the UK, survival has doubled in the last 40 years and Cancer Research UK’s work has been at the heart of that progress. But right now, research is under threat.

One in two people in the UK will get cancer in their lifetime*, which is why the charity is absolutely determined to continue to create better cancer treatments for tomorrow.

Lisa Millett, Cancer Research UK spokesperson for the North East, said: “COVID-19 has hit us hard, so we are very grateful to Lisa for her support and helping to underline the stark reality of the current situation.

“Our research has played a role in developing 8 of the world’s top 10 cancer drugs and we’re working every day to find new ways to prevent, diagnose and treat the disease. But we can’t do it alone.

“By donating to mark World Cancer Day people will be funding world-class research to help more people survive. Together, we will beat cancer.” 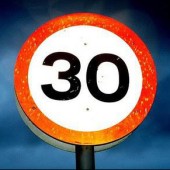