Happy Beds has analysed 950 images on Instagram to find out what this year’s Christmas bedding trends are.

The UK bed and mattress retailer exported 950 of the most recent images with the hashtag #FestiveBedding or #ChristmasBedding to find out what characters and animals were making common appearances, as well as seeing if there were any unexpected colour themes.

White bedding appeared 368 times, while red came in second with 217. Silver took place of third most common colour featured and blue followed in fourth. Green only appeared 25 times in the 950 images.

TV characters and scenes popped up quite a bit. As expected, scenes from classic films such as The Grinch (8) and Elf (3) were featured, and there were some features from non-Christmas films too. Mickey and Minnie (11) made the highest number of appearances, with Harry Potter, Friends and Peppa Pig also featuring in this year’s bedding images.

While traditional winter/Christmas animals such as penguins (29) and robins (15) featured, there were also some unconventional exotic animals too. Pink flamingos appeared three times, zebras twice and even a giraffe wearing a Christmas hat was seen!

Quotes and words didn’t appear very frequently this year, with just 111 images including some sort of text. The top words featured on this year’s Christmas bedding included:

It’s fair to say that anyone rocking white and red Christmas bedding that’s smothered in Christmas trees and reindeers, or your favourite Christmas film, is pretty on trend for 2020. 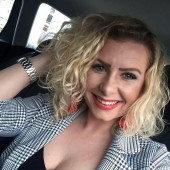 Harworth sets its sights on creating new jobs at Lynemouth