Heading into the penultimate event of the season BRDC Rising Star Max Coates headed the Renault UK Clio Cup and had every intention of extending his points advantage.  Despite setbacks over the weekend the North Yorkshireman still heads the championship table, albeit by a slightly reduced margin.

The Harron Homes sponsored Pyro Motorsport driver posted the fourth fastest time of Saturday’s qualifying session.  His second-best time gave him a third-place grid slot for the second of the two races to be shown live on ITV4 the following day.

The Primex Plastics and PLASgran Recycling backed car initially lost places at the start of race one but was in the leading train of 6 cars. On lap four, contact at the rear of Coates car caused him to spin into the gravel, he was unable to re-join which meant he suffered his second retirement of the year.

On the opening lap of the second race Coates was again in the battle at the front of the race, however, the Clements Limited driver ended the first lap in 7th position.  Despite his best efforts he couldn’t catch the podium battle before the end of the race and he had to settle for fourth place at the finish line.  The results of the race remain provisional due to later decisions from the clerk of the course and stewards of the meeting and following appeals.

The Bennett Renault car now holds a 6 point lead at the head of the table going into the final event of the season at Brands Hatch (Kent) on the 29th and 30th September.

Afterwards Coates said, “It’s been a weekend of mixed emotions.  I was gutted after race one, to not have finished through no fault of my own is devastating at any time, let alone at this stage of the season.  The Pyro Motorsport team did a great job to get the car ready for the second race.  After a difficult first lap we had strong pace in the car and I was able to get back to a 4th place finish.  I’m looking forward to the final event of the year, the Brands Hatch GP circuit is incredible to drive and we are in the best position possible to win this championship!” 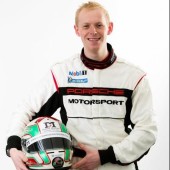 Riders rein in a host of prizes at top equestrian event