Enlightment for all! Honey, I Joined a Cult launches into Steam Early Access today

Sole Survivor Game’s debut title launches alongside an Early Access roadmap that outlines new features, upgrades, and improvements coming to the cult management sim in the months ahead.

Tuesday, 14th September 2021 – Team17 and Sole Survivor Games have today launched 1970s-based cult management sim, Honey, I Joined a Cult into Steam Early Access. As architect of a new and groovy cult, players design everything from the ground up, from the deity they worship to the location of the energy spa; no detail is too small for the cult leader to decide. Running a lucrative cult is no easy feat though: the leader’s ego, local law enforcement, government agencies, and angry protestors all threaten the all-important bottom line if not managed correctly.

Enlightenment awaits at the press of a button: 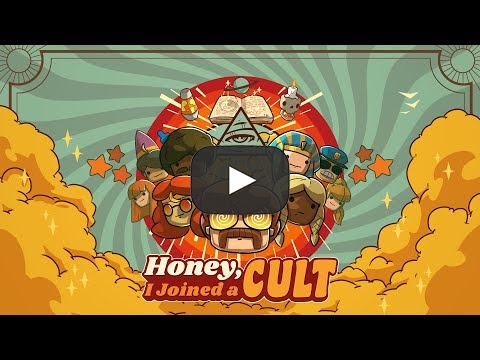 Would be cult leaders can wishlist Honey, I Joined a Cult on Steam right now ahead of the game’s launch at 5pm BST (9am PDT, 12pm EDT, 6pm CEST) this evening, and can keep up to date with all the information on the game by liking us on Facebook, following Sole Survivor Games on Twitter and joining the Team17 Discord channel.

Media outlets wanting to build a cult of personality can request preview code for Honey, I Joined a Cult.