Is it Better to Day Trade Bitcoin or go Long?

Since the coin was first formally introduced to the public in 2009, there have been few—if any—speculative assets that have attracted as much attention as Bitcoin. As the leading and most frequently traded cryptocurrency in the world, Bitcoin still draws interest from all types of individuals.

Throughout its history, Bitcoin has experienced several waves of price changes. After maintaining relatively little value for its first few years, Bitcoin skyrocketed in value and eventually traded near $20,000 per coin around the of 2017. However, despite this success, the coin would soon fall to around $3,000 per coin, shocking an otherwise enthusiastic group of investors.

Since then, Bitcoin has been able to regain a large amount of its value. Clearly, succeeding in this particular market is all about correctly timing your entry and exit points. Trying to forecast where Bitcoin might be in ten years can often be quite difficult—sometimes, the coin will increase in value, other times it will experience value decreases.

Many people find themselves wondering whether they should day-trade Bitcoin, use a trading bot such as bitcoinlifestyle.io or whether they should hold onto a much longer position. The answer to this question, to put it bluntly, is it depends. In this article, we will discuss the most important things to know about developing a Bitcoin trading strategy and how you can ultimately become a successful Bitcoin trader.

As suggested in the introduction, Bitcoin has had an incredibly volatile history. While the coin is not trading at the $20,000 zenith it achieved in December 2017, 2019 has already been a remarkable year for the coin as a whole. After opening the year near the $3,700 mark, Bitcoin experienced a remarkable rise to around $13,000, only to then be brought back down a more stable range around $10,000.

Due to the reactionary and fast-paced nature of the Bitcoin market, investors tend to overshoot and cause the coin to consistently fluctuate between oversold and overbought conditions. Bitcoin’s highs become higher and lows become lower until a fundamental price change has occurred. From a day trader’s perspective, volatility is a good thing. Volatility means that multiple profit opportunities will occur in each price period, enabling them to increase their potential ROI.

From a long-term perspective, Bitcoin’s unpredictable nature may be a cause for concern. Some investors believe Bitcoin is yet to fully tap into its potential value and may be worth $100,000 or even more within the next decade. Other investors are a bit less optimistic—they believe Bitcoin is simply the “name brand” cryptocurrency that no longer offers any unique source of value.

Because Bitcoin is the first, largest, and most well-known cryptocurrency in circulation, it has established itself as the industry standard. In many ways, the role Bitcoin plays within the crypto industry can be compared to the role of the American Dollar (USD) in the global currency market. Any changes in the value of Bitcoin will likely be reflected in the values of other coins (known as altcoins) as a direct result.

If you track Ether, various Bitcoin spinoffs, or any other altcoin, you will often see them move in the same direction as Bitcoin. Because of this, the value of Bitcoin—at least for the time being—should be viewed as the value of the crypto market as a whole. When Bitcoin is doing well, the crypto industry is doing well, and vice versa. If you are a firm believer that the crypto industry is here to stay, then you may want to open a long position in Bitcoin and “ride out” its occasional low points. After all, if there is another Bitcoin bubble, it will almost certainly not be anywhere nearly as severe as the one we say in late 2017.

The Case for Day Trading Bitcoin

Ultimately, whether you should day trade or go long with Bitcoin will depend on a variety of personal factors. Your investment objectives, your willingness to tolerate risks, your working capital, and your subjective views of the industry should all be readily considered. With all this being said, there are quite a few reasons why many day traders turn to Bitcoin.

Keeping these things in mind, there is no surprise that many day traders use Bitcoin on a regular basis.

The Case for “Going Long” and Holding on to Bitcoin

While the case for day trading Bitcoin is compelling, there are still quite a few features of the coin—and the crypto industry, in general—that may make you want to hold longer positions. Instead of pursuing 1-2 percent returns on your investment each day, you may prefer to invest more passively and strive for 20 percent returns each year.

There are several notable reasons why you may want to “go long” while investing in Bitcoin.

While there is no telling what Bitcoin’s value will be ten years from now, there are many reasons to believe it will be much higher than it is in the status quo.

Clearly, both Bitcoin day traders and long-term investors have strong reasons to pursue their respective strategies. These positions are not mutually exclusive, meaning you may want to simultaneously develop day trading and position trading strategies. If market conditions continue to hold, any well-founded Bitcoin trading strategy will likely yield a profit. 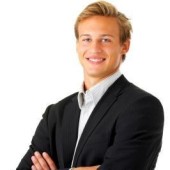