Over the past several weeks, NASA satellite measurements have revealed significant reductions in air pollution over the major metropolitan areas of the Northeast United States. Similar reductions have been observed in other regions of the world. These recent improvements in air quality have come at a high cost, as communities grapple with widespread lockdowns and shelter-in-place orders as a result of the spread of COVID-19. 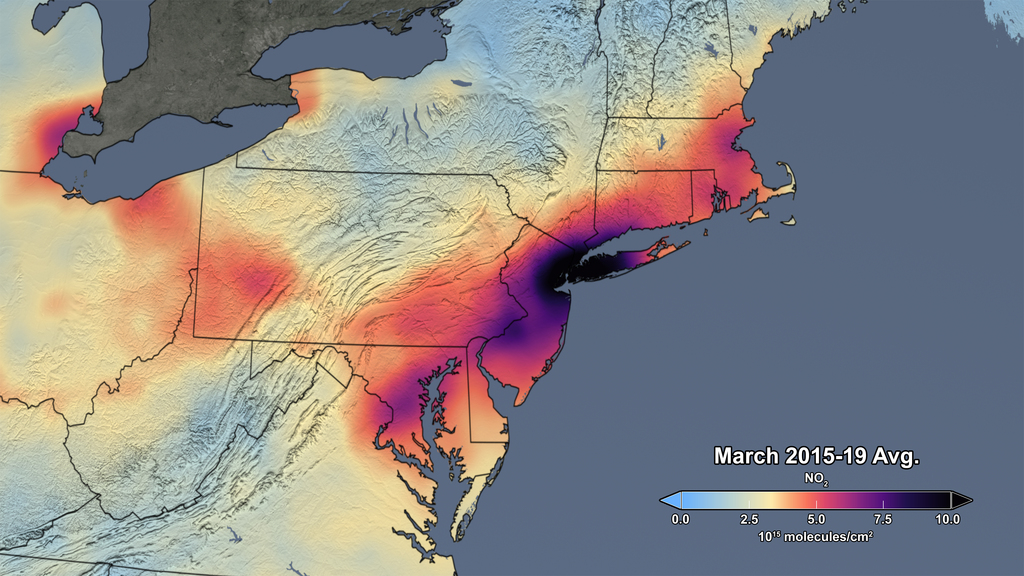 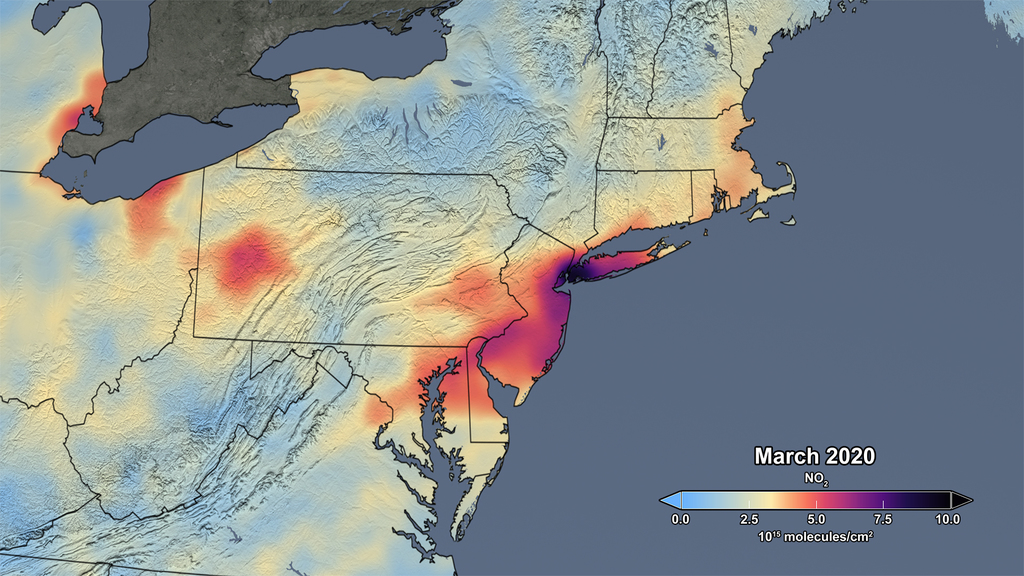 Nitrogen dioxide, primarily emitted from burning fossil fuels for transportation and electricity generation, can be used as an indicator of changes in human activity. The images below show average concentrations of atmospheric nitrogen dioxide as measured by the Ozone Monitoring Instrument (OMI) on NASA’s Aura satellite, as processed by a team at NASA’s Goddard Space Flight Center, Greenbelt, Maryland. The left image in the slider shows the average concentration in March of 2015-19, while the right image in the slider shows the average concentration measured in March of this year.

The visual in this article can be downloaded at NASA’s Scientific VIsualization Studio.