The Story of Ambition: From Trainee to Managing Director in Six Years –

In 2016, Christian Rowe joined Executive Compass as a trainee bid writer, and within just six years of working there, Christian has achieved phenomenal career progression, and has recently landed the role of managing director for the very same company.

Christian was initially attracted to Executive Compass due to their ethical and highly professional approach to tendering, with excellence being embedded into everything they do. From the outset, and throughout each of his roles at Executive Compass, their fair pricing policy, customer-focused approach, and a philosophy of providing the highest quality service possible have remained consistent.

Thoroughly enjoying his time as a bid writer, Christian thrived on the challenges his previous role presented and was most satisfied from adding value for his customers. And as Executive Compass bid management services grew, Christian was given the opportunity to progress into a client relationship director role, where he was able apply his business and sales experience as he travelled across the UK to meet with clients and represent his team of bid writers.

In the condition of being appointed managing director of Executive Compass, Christian was given the opportunity to study for an MBA part-time with Durham University. Studying alongside mature students from across the world has provided Christian with unique insights into other industries and cultures, which have inspired his latest ideas to aid Executive Compass’ consultative approach.

Since taking on the role of managing director, Christian’s biggest challenge has been to maintain the company’s unique culture whilst leading them into a new era of hybrid working. Technology for remote working has been embraced and a watchful eye is kept on developments in artificial intelligence, assessing how this can be used to continuously improve the bid writing process.

Looking to the future, Christian has ambitious plans in place to expand the bid writing team and the services on offer Executive Compass. He believes staying true to their core values and a commitment to excellence will see Executive Compass continue to flourish, evolve, and develop as the tender market slowly changes.

Christian Rowe, commented on his career success, stating: ‘Back in 2016, if someone had asked me where I saw myself in six years’ time, I would have laughed in disbelief at the very thought that I’d have gone from a trainee bid writer to the managing director of a bid writing consultancy. I have big plans for Executive Compass and I’m looking forward to seeing how we continue to grow in the future.’ 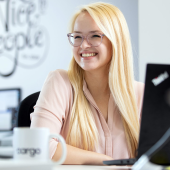 “They’ll say you can’t do it. Don’t believe them.”

Software Tools for Business and Commerce