With sales in household goods stores across the UK hitting over £34.6 billion, and £7.2 billion in decorating and DIY stores, it’s clear that Brits love to keep their homes in great shape. Whether that’s keeping on top of the cleaning or tackling home improvements. But how many of us feel like we can confidently tackle these tasks ourselves?

New research from comparethemarket.com has revealed that almost 70% of Brits ask for help with tasks around the home from friends and family, the main reason being that over four in 10 (42%) simply haven’t ever been shown how to do tasks properly and would need someone to show them before attempting themselves.

Outside of lacking in capability and expertise, the research uncovers the additional reasons behind the need to call upon family and friends for a helping hand:

Over two-fifths (43%) of those aged 18 -24 claim they feel incapable of tackling household tasks on their own, and the second most common reason being that they haven’t ever been shown how to do tasks properly and would need someone else to show them before attempting themselves (42%).

So, who do we call when there’s a DIY dilemma, a question about cleaning or baffling furniture instructions?

Parents are the ones usually called on to help with DIY (24%) and plumbing issues (22%). Meanwhile, a fifth (21%) of respondents agreed that friends and neighbours come in handy for rearranging heavy furniture or appliances.

Despite it sometimes being the cheaper option to ask for help from family and friends, there are some tasks best left to the professionals. Almost seven in 10 (62%) are likely to pay a professional to sort home tasks involving electrical work.

Household tasks such as plumbing issues (44%) and electrical work (40%) unsurprisingly topped the list of those we need help with the most, whereas DIY tasks (38%) were the third most common tasks we ask for help with followed by painting and decorating (32%).

Other tasks such as rearranging (29%) and assembling (25%) furniture often require a second pair of hands, so it’s no surprise that Brits call upon someone else to help in this instance.

Commenting on the research, Alex Hasty, director at comparethemarket.com, says: “It’s great to be able to call on our close friends and family to help us with tasks around the home. If you’re putting up a new shelf or redecorating a room there’s no need to tell your insurer, but it’s best to check if you’re covered for accidental damage under your home insurance, just in case. If you’re planning extensive work to your home, then it’s best to talk to your provider first”. 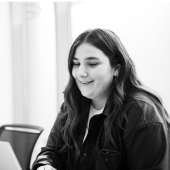 INDULGE IN MAY AT RAMSIDE HALL HOTEL