A fourth fireworks event has been added to Blackpool’s spectacular autumn events programme – thanks to a new sponsorship deal with Coral Island.

The seafront family entertainment centre will put its name to the three World Fireworks Championship Blackpool events that were announced earlier this year – and also to a new UK showcase display in October half-term.

Three countries will participate over alternate Saturdays on September 17, October 1 and October 15, with the showcase event taking place on Friday 28 October.

The stunning displays, which are set to music, will take place over the beach in front of The Blackpool Tower and just a stone’s throw away from Coral Island. All of the displays are free to access.

Over the years, the firework events have become one of the resort’s biggest draws. Details of this year’s competing countries will be announced over the coming weeks.

Cllr Lynn Williams, Leader of Blackpool Council, said: “We are delighted that we have been able to add a fourth event thanks to the support of Coral Island.

“Our firework nights are always very special and attract a huge crowd from across the region. The extra event will serve as a fitting finale to the October half-term holiday.”

A spokesperson for Coral Island added: “We are delighted to be bringing some sparkle to Blackpool by working in partnership with VisitBlackpool on one of the most exciting events in the 2022 calendar.

As one of Blackpool’s largest family venues, we are proud to support the tourism economy and local community by helping ensure that fantastic events such as the World Fireworks Championship Blackpool can take place. The addition of a fourth showcase event during October half-term is an added bonus which we hope people will come and enjoy.”

The four firework displays form an integral part of Blackpool’s major events programme which this year will see the return of the two-day Air Show on August 13 and 14 (featuring the Red Arrows on both days), Ride The Lights on August 30, the Illuminations Switch-On concert on September 2, and Lightpool Festival from October 14-29.

VisitBlackpool has already announced an extended Illuminations season starting on Friday 2 September and running through to January 2, 2023.

Further information on all of the events will be released over the coming weeks. Check out the visitblackpool.com website for start times and more details. 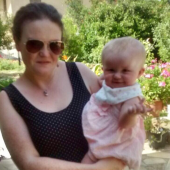