From sailing the seven seas to SWAT-team strategy, Team17 is working with a plethora of partners to deliver quality gaming experiences in 2021.

Thursday, 25th March 2021 – Independent games label Team17 has shone a spotlight on a number of titles at the Future Games Show’s Spring Showcase this evening, with the first ‘Team17 Presents…’ showreel of the year featuring nine titles for players to enjoy over the coming weeks and months. Set across a range of genres and platforms, the selection underlines Team17’s commitment to encapsulate the spirit of independent games.

Catch up on all of the Team17 goodness with our roundup trailer: 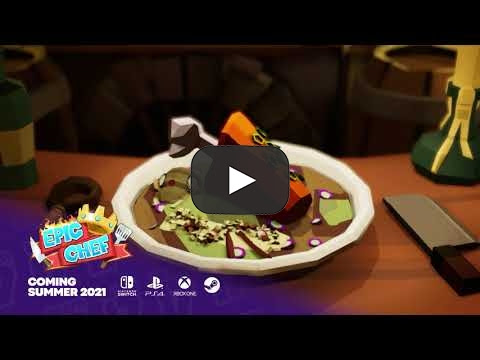 Ready or Not, is currently in production with newly announced development partner, Void Interactive. Coming soon to PC via Steam Early Access, the SWAT-inspired game requires players to deploy stealth and strategy to succeed, utilising a range of weapons and equipment as they coordinate attacks on hostiles while protecting civilians.

Upcoming action-RPG Thymesia, from Taiwanese developer and partner, OverBorder Studio, is heading to PC later in 2021. Featuring a unique brand of visceral combat in a hostile and sinister fantasy world, players will seize and harness diseases from enemies and use them as weapons while trying to uncover the mysteries hidden within their memories.

Infinigon Games’ Epic Chef will be coming to PlayStation® 4, Xbox One, and Nintendo Switch™ this summer. Previously announced in 2020 for PC, the ‘anti-life-sim’ cooking adventure combines food fights with a witty, quirky, story-driven campaign, and features a host of colourful characters for protagonist Zest to meet around the town of Ambrosia.

After announcing a partnership with Wonderscope in 2020, Hokko Life will be making its debut on PC via Steam Early Access this year, giving players the chance to live their best Hokko life. Another upcoming Steam Early Access title, Honey, I Joined A Cult, will be heading to the platform this summer. As the cult architect, players will need to handle resources, the demands of followers, and maintain the ego of the cult leader as they establish their organisation and lead it into a glorious future.

Narita Boy lands on PC, PS4, Xbox One, and Nintendo Switch in a few days time. Launching on 30th March, the ‘retrovania’ takes players on a story-driven adventure through the Digital Kingdom as the eponymous hero. PlayStation 5 and Xbox Series X|S players will also be able to enjoy Studio Koba’s debut via backwards compatibility. Additionally, subscribers to Xbox Game Pass will be given release day access. King of Seas from 3D Clouds sets sail in May for PC, PS4, Xbox One, and Nintendo Switch, with the docking of a demo for PC and Nintendo Switch set for April, enabling players to try out the swashbuckling title ahead of launch.

Overcooked! All You Can Eat is available now on Nintendo Switch™, PC, PlayStation® 4, and Xbox One. First launched on Xbox Series X|S and PlayStation 5 in November 2020, Overcooked! All You Can Eat features over 200 levels from the previous instalments completely rebuilt from the ground up in up to 60fps and 4K resolution (30fps on Nintendo Switch), along with The Peckish Rises – seven new levels of culinary chaos and even more chefs. It also represents the first time the original Overcooked! levels can be played with online multiplayer, as well as additional accessibility and assist functionality. The addition of crossplay at launch also means every chef can enjoy the definitive collection of Overcooked! content, regardless of platform.

Worms Rumble rolled into the Spring Showcase too, having released on PC, PS4, and PS5 last year.  Since launch in December, regular content like new Arenas, Lab Modes, and community events have been added for the fanbase, along with the community-requested Team Deathmatch mode. Later this year players on Nintendo Switch and Xbox One can also jump into the first real-time Worms title too, as Worms Rumble brings the fight to two new platforms, all of which can play together via crossplay.

MEET SUNDERLAND AUTHOR AT THE WORD