This games based educational tool aims to make the art of storytelling easy and accessible for all students accessing from home or in school.

“With Covid-19 hitting the world, teachers and students have been experiencing a challenging time in many countries with stress and exhaustion. We wanted to make those difficult online meetings more inclusive, easy to follow and at the same time entertaining,”  said Tore Neergaard Kjellow, Didactic Director of Ugly Duckling Games. “Based on scientifically validated teaching methodologies DRAMA STUDIO is not just fun, but also a solid tool for language,  creative writing- and also drama teachers. “

Inspired by creative modes in popular games like Minecraft and Fortnite the team from Ugly Duckling Games wanted to explore the idea of having a game-like tool specifically made to focus on the art of storytelling. “DRAMA STUDIO makes it easier and more accessible for any player who is invested in sharing stories.”  Tore Neergaard Kjellow of Ugly Duckling Games, added, “You don’t need advanced editing software, programming skills or even be a skilled gamer. You just need an idea and a pinch of creativity then DRAMA STUDIO will help you with the rest”.

In late 2020 DRAMA STUDIO had a limited release within the Danish school system and has received great acclaim for its inclusiveness and learning capabilities. The application does not require much space on the PC and can be used both in physical classroom settings and through online classes.

Ugly Duckling Games is a Danish game development company founded in 2019 by two veteran game developers and one of Denmark’s leading experts in game-based learning and pedagogy. Together they wanted to create engaging games based on the scientifically proven methodology ‘School at Play’ for the classroom, believing in games for educational purposes should be successful as pure entertainment games. DRAMA STUDIO is the company’s first release and has received critical acclaim across schools in Denmark.

For more information, go to https://uglyducklinggames.com/

TynCan Learning is a North East based educational digital technology company. The company was founded in 2011 to work with schools, colleges and universities.  The company works with creative companies to bring innovative digital products to educational establishments in the UK and Ireland. Managing Director, Mike Carter says,  Drama Studio is a great tool to enhance digital storytelling in a visual way.  The fact that TynCan Learning is working with a Danish company is a testament to global co-operations”. 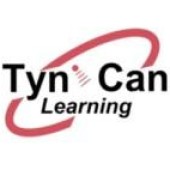