NFL Quarterbacks Josh Allen and Kyler Murray Named Cover Athletes; Choose from the NFL’s Most Revered Players to Create Your Own Unbeatable Team

Officially licensed through the NFL and the NFLPA, NFL Clash is the new fast-action, NFL mobile game where you draft your ultimate football dream team from a lineup of the NFL’s most acclaimed players, and challenge rivals in quick, head-to-head matches as you fight for leaderboard domination. In addition to Josh Allen and Kyler Murray, the game will feature more than 120 current players and legends from every team, including Dallas Cowboy’ Ezekiel Elliot, New York Giants’ Saquon Barkley, Carolina Panthers’ Christian McCaffrey, Kansas City Chiefs’ Tyreek Hill, Green Bay Packers’ Davante Adams, and more to come. 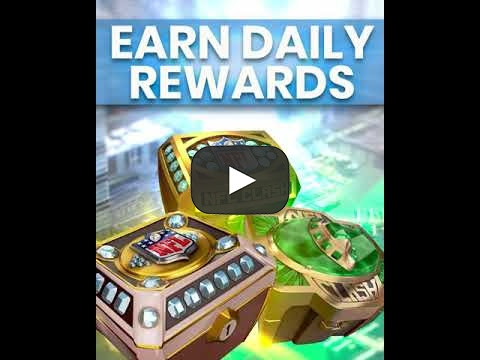 “We’re fired up – it’s game time for Nifty Games’ NFL Clash,” says Jon Middleton, CEO of Nifty Games. “NFL Clash is made for mobile from the ground up! We want gamers to have fun, authentic NFL style gameplay in their hands anywhere and anytime. Plus, having stars like Josh Allen and Kyler Murray, both of whom are highlight reel players, as the game’s cover athletes is incredible. We’re excited to see NFL fans’ reactions worldwide as they battle it out on the mini-gridiron!”

“The NFL is thrilled to partner with Nifty Games on the worldwide launch of NFL Clash,” commented Rachel Hoagland, Vice President, Gaming and Partnership Management for the NFL. “Knowing the enormous love for video games among our fanbase and the ever-growing popularity of mobile gaming, NFL Clash will truly resonate with our audience.”

“I’m a big gamer, so being selected as a featured player for NFL Clash is awesome,” says Josh Allen. “This game is quick to play, with its head-to-head gameplay and easy to pick up, and makes for some fun and fierce competition.”

“Video games have always been a huge part of my life, whether I’m playing competitively or just for fun, so getting to be a part of NFL Clash is something that really hits home for me,” says Kyler Murray. “I’m looking forward to playing the game with fans, and helping them win big when they put me on their own NFL Clash team.”

EPIC BATTLES ON THE GRIDIRON! Whether you’re a casual football fan or sports gaming pro, NFL Clash will guide you in building your team and then instantly take the field for quick, seamless, head-to-head matches against opponents. Key features include:

NFL Clash is now available for free digital download on the App Store and Google Play.

Press materials, including video screenshots and logos, available for download at https://www.zebrapartners.net/nifty-games/.

Fans and gamers can follow the progress of NFL Clash at: www.nflclash.com. and @niftygames.

Domestic abuse really can affect anyone