With the advent of larger screens and 8K display technology it’s more important for consumers to understand how resolution impacts the delivery of true-to-life viewing experience. There are some key concepts that need to be taken into consideration when evaluating the quality of high resolution displays and TVs, especially 8K TVs. 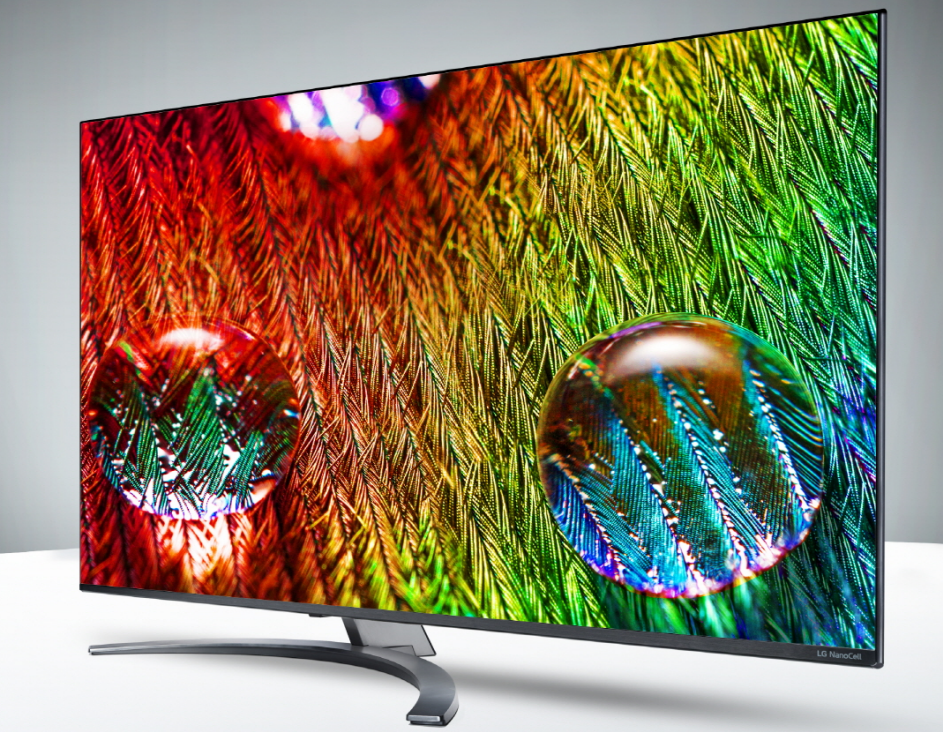 Resolution and Display Quality
8K is the highest definition for televisions available on the market today. 8K TV has four times the number of pixels as 4K TVs, also known as Ultra High Definition (Ultra HD). Consumers today have come to equate the number of pixels on a screen with display quality and typically assume that the more pixels a display has, the better the display will look.

But simply counting pixels fails to capture other important elements of modern display quality, including the resolution the viewer actually sees. Resolution is often confused with horizontal pixel count such 3,840 pixels (4K) and 7,680 pixels (8K). What’s certain is that a poorly designed display will have lower display quality (i.e. image or text blurriness) even with a high pixel count if adjacent pixels are not clearly distinguishable from one another. 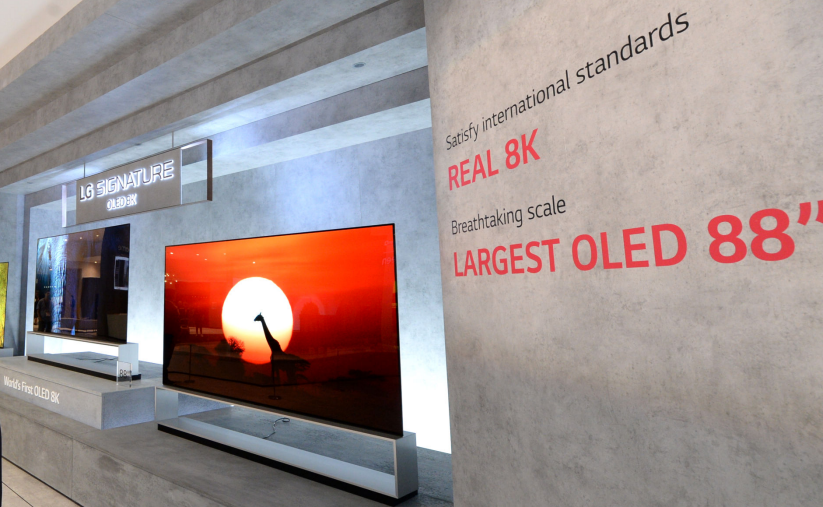 “Resolution is the number of pixels (or lines) that can be
adequately distinguished across the screen.” 2

For this reason, the industry standards organization, the International Committee for Display Metrology (ICDM), established an international set of guidelines for resolution measurement that take such factors into consideration.

International Standard For Resolution
The work of the ICDM, comprised of scientists, engineers, corporate researchers and key members of the display industry, cannot be understated. Without TV measurement standards, it would be impossible for consumers to be able to distinguish one product from another because none of the marketing claims could be confirmed. That’s why major display manufacturers such as LG Electronics and Samsung Electronics are members of the ICDM and pledge to abide by the organization’s recommendations. 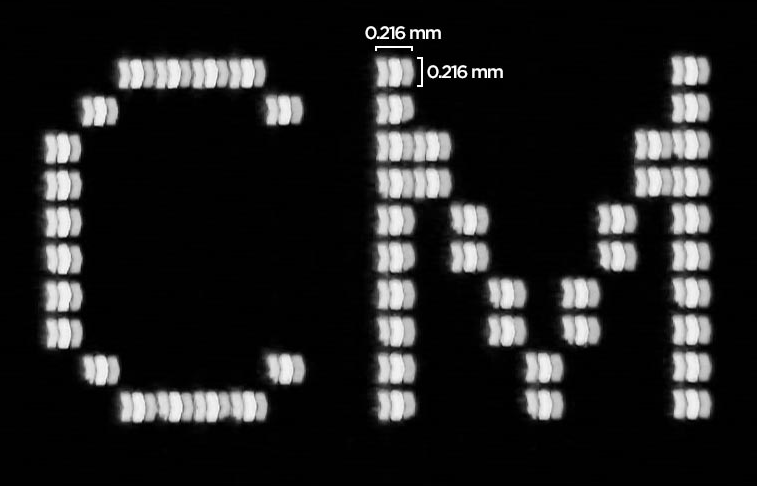 The ICDM states that Contrast Modulation (CM), rather than pixel count, most accurately and adequately measures true display resolution and recommends that manufacturers adopt CM when describing resolution quality. This standard of using Contrast Modulation has been adopted by other international standards setting bodies such as the ISO (International Organization for Standardization).

“Contrast modulation (Michelson contrast) is considered by some
to be the best and most complete single-metric description
of the ability of a display to exhibit information.” 3

Contrast Modulation measures the ability to distinguish a pattern of alternating white and black lines (representative of pixels) and is expressed as a percentage or ratio. Under the ICDM’s standard for measuring display performance (Information Display Measurements Standard 7.8), contrast modulation is calculated as follows:

Lw and Lk indicate the luminance of white and black lines. The higher the CM percentage, the clearer the images and text on a display will appear: 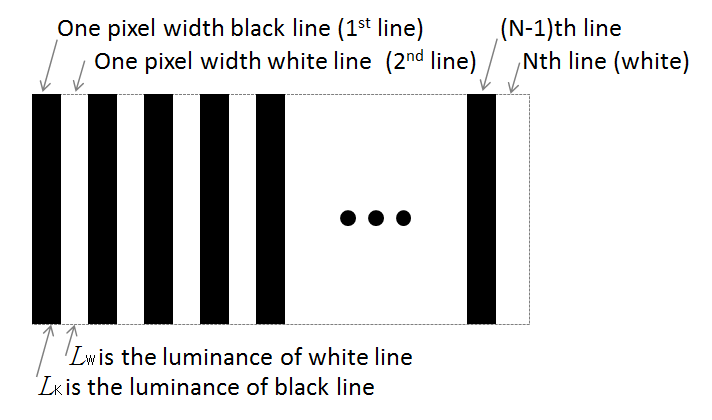 For industry consistency, the ICDM established minimum Contrast Modulation standards. For text and graphics, that threshold is 50 percent or more while for images, the minimum is 25 percent. Although the ICDM has different recommendations for text and graphics than for images, the generally accepted combined minimum is 50 percent. In other words, a TV with a width of 7,680 pixels is only truly 8K if it satisfies the 50 percent minimum Contrast Modulation threshold otherwise it cannot be called “real 8K”. 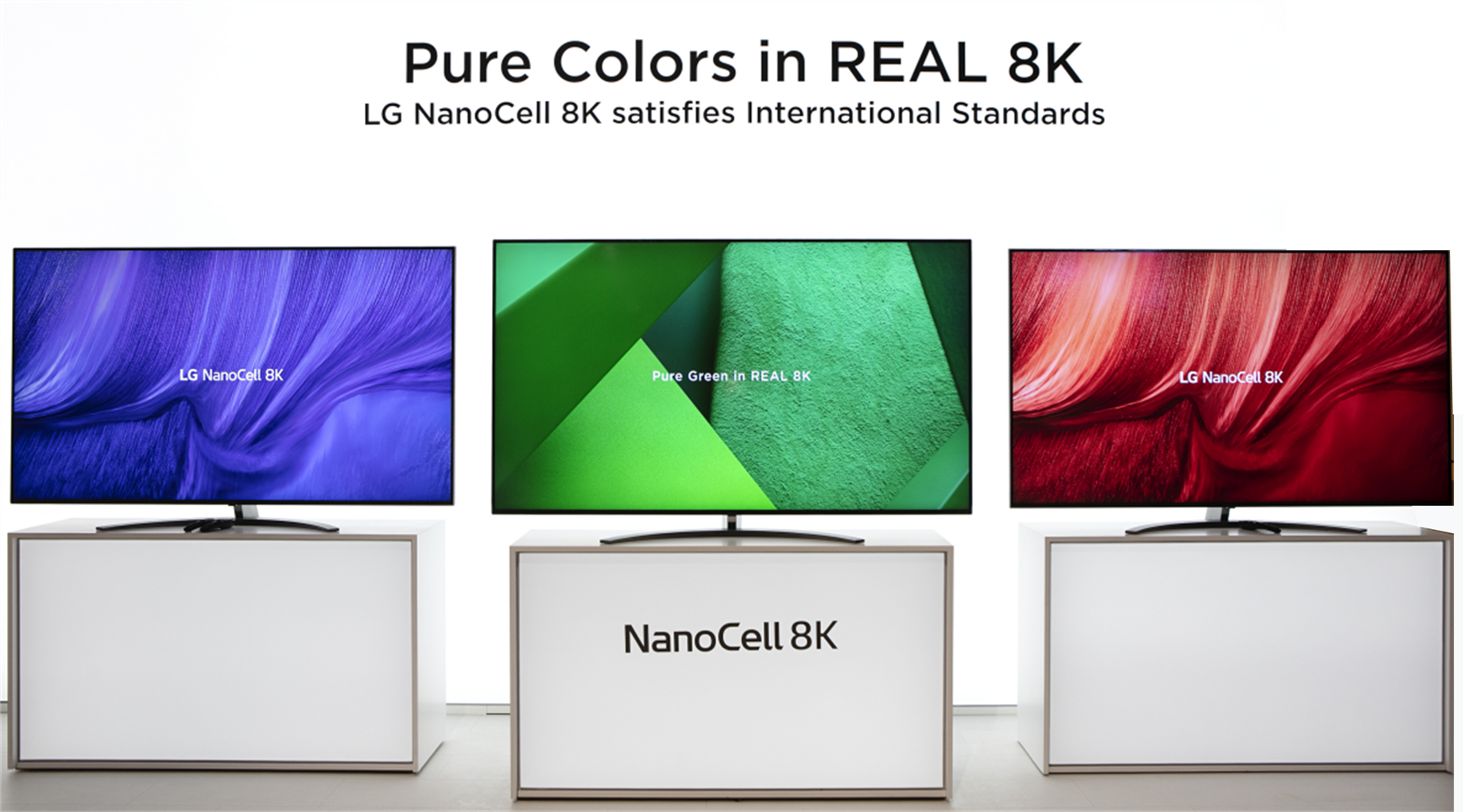 The Picture Is Clear
By using consistent display measurement methodologies, consumers no longer have to guess if the product description they’re reading is consistent from one model to the next. But for standards to work, industry members must commit. There is no debate that Contrast Modulation is the most honest and accurate method for measuring and reporting resolution. What’s critical now is for manufacturers to adhere to the standards that they have committed to follow.

One Twist is all it takes